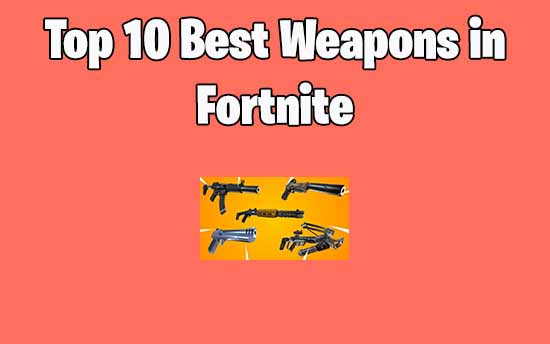 Hey! If you’re here to find the Fortnite best weapons, I assure you that you’re going to be stunned by the end of this article.

As Fortnite has emerged as one of the best RPG games in the past few years, we’d like to list out and clarify the matter regarding Fortnite best weapons till date, and how much of an impact can they have on your overall performance in the game.

Top 10 Best Fortnite Weapons to Use 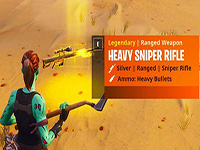 It’s a beast type of weapon due to its multipurpose nature, as it can snipe from a long distance. They can hit body shots for damage up to 157 on the gold and 150 on the purple. It also has a great positivity to it, i.e. you can use it like a Deagle to bust into peoples’ walls, knock down the wall and push them, which is really helpful in a battle.

It also has a lower reload time, but there is a condition for using this weapon. If you’ve not been a sniper in the majority of your games, I’d suggest not to use this weapon in gunfights. 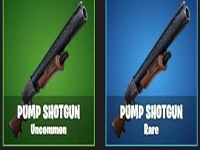 There is quite a difference between the purple and the blue pump based on their rarity and, many other factors. The blue pump can hit up to 100 to the body, and along with a headshot (x2 multiplier), it would be absolutely lethal for close-range shots.

Because, the max health and shield command that you can have in Fortnite is 200, hence with the pump shotgun, you’ve got the one-shot potential. Its deadly headshots make it one of the best Fortnite weapons.

If you can get one of these in the early stages of the game, you can hold yourself to be at a really nice position to cause more damage and win the battle royale. 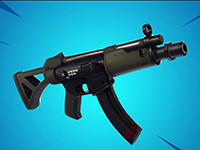 It’s a really interesting and easy-to-use and one of Fortnite Save the World best weapons if you get to familiarize with it. It’s really competitive with the P90 as well as the Deagle. Traditionally, players like to carry an AR (assault rifle) and a shotgun, but the 3rd place is where the choice of weapon starts to mix up, and it all depends on the personalisation set by the player.

Blue SMG is an exciting gun to find and use because it’s wicked with the fire rate and taking out peoples’ walls and build fights only for mid to close-range targets. 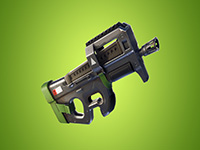 This one among the best weapons in Fortnite is what you’d prefer if you’re looking for a bigger magazine, more accuracy or a better fire rate to get through peoples’ walls. P90 and the blue SMG are a good choice to make in a game, because of their extensive power and brutality of shots.

I mean, if you’re not looking for a weapon as strong as a shotgun, because you’re not always gonna get that 200 damage headshot right? So a lot of times you may hit them with a big crack of 130 to 160 for the maximum.

But switching over to a great SMG to use it as a finishing weapon is still a very effective decision to take in a battle, and that’s the sole reason for me including the gold P90 on the list in the top 5s. 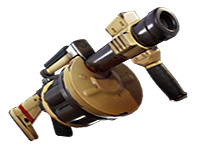 Being one of the best weapons in Fortnite, if you find this, your chances of winning a battle royale match increase dramatically. But finding this gun is very difficult, as this is a rare one and you get it mostly inside chests or supply drops.

Fortnite is all about killing other people and looting their weapons, to possess the best possible combination of weapons till the end. Thus, gunfights witrtnih the enemies become an integral part of Fortnite’s amazing experiences.

This gun among Fortnite best weapons, is absolutely wicked in terms of the game’s terrains, as mostly the landscapes are not composed of the flat ground everywhere. But, it’s really hard to familiarize with this gun, as it’s heavier than most of the other guns and thus you can’t jump too quickly while having equipped it.

On flat grounds, such as inside a house, this gun is what is known as the God of all other weapons. It can serve to be deadly if you spray it over enemies who try to push on you. Also, the reloading capacity of the gun is great, as there can be a total of 18 rockets equipped with the gun.

To read about leftover five best fortnite weapons, we recommend you to explore the below source.

This post Top 10 Best Fortnite Weapons to Use in Every Battle first seen at nosurveynohumanverification.com

I think that knocking out people by just hitting them on their heads, is the most thrilling moment that I’d ever like to experience in Fortnite. And adding more to it, 110 damage to the body, that’s freaking mind-baffling, right? There’s also a margin of error with this gun, and that truly enhances its usability, and moreover, no need to fire all the pallets to get a single shot successful. The reload time is a bit nasty i.e. 4.2s, but who cares about that when you’re about to get a Godzilla of guns in your hands.